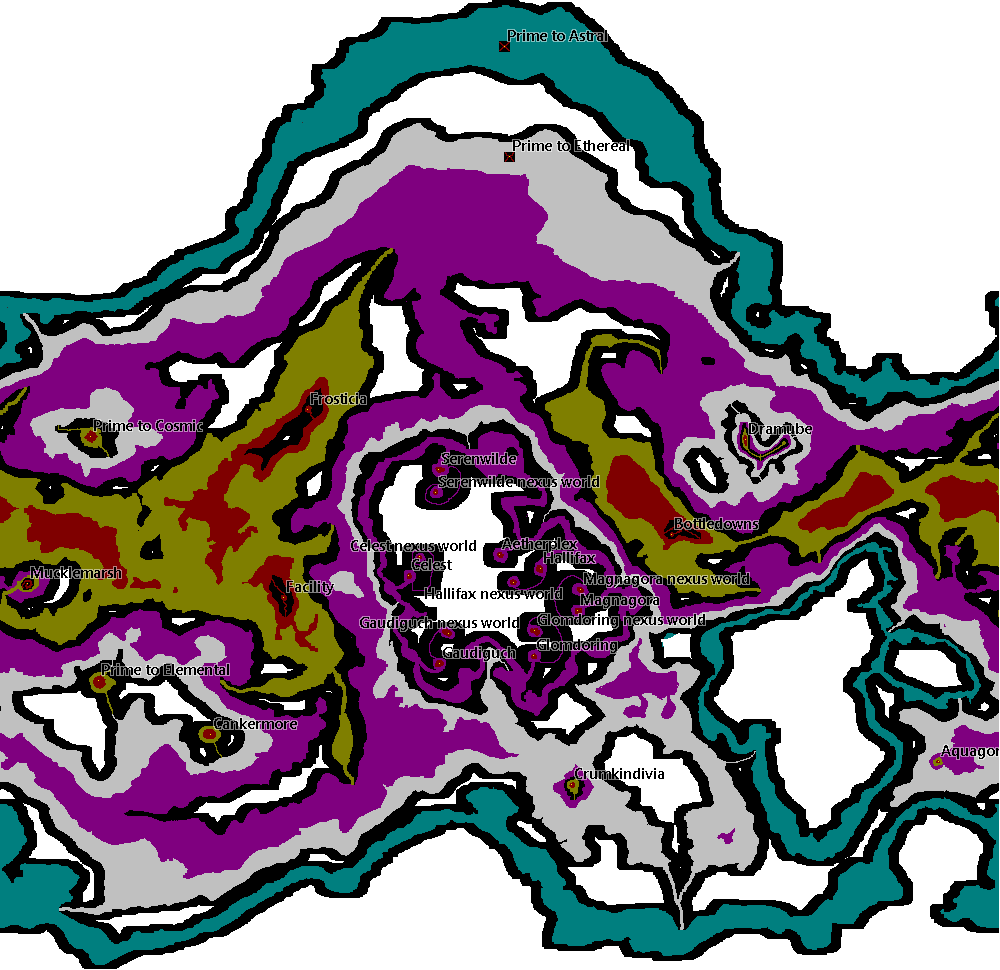 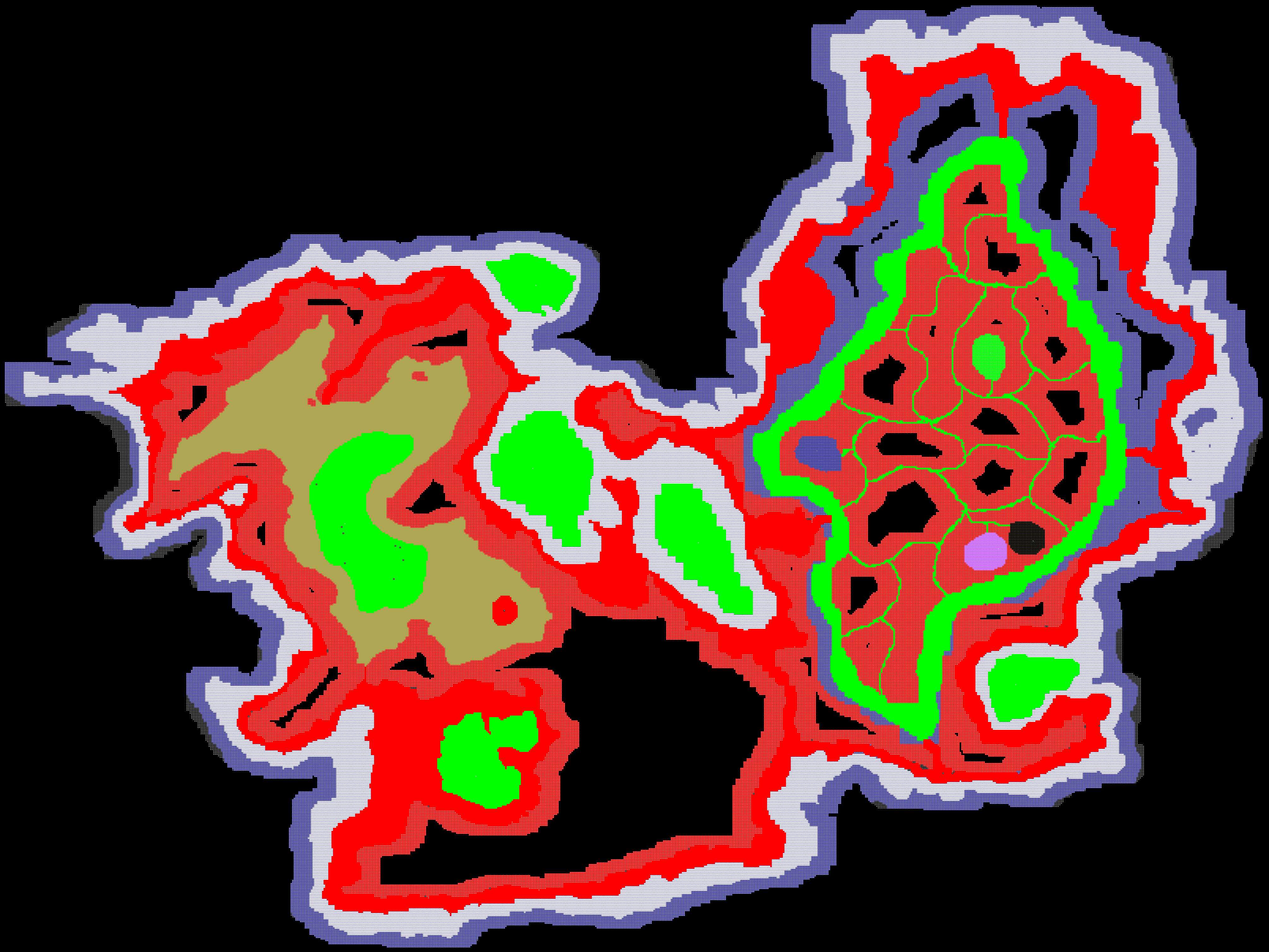 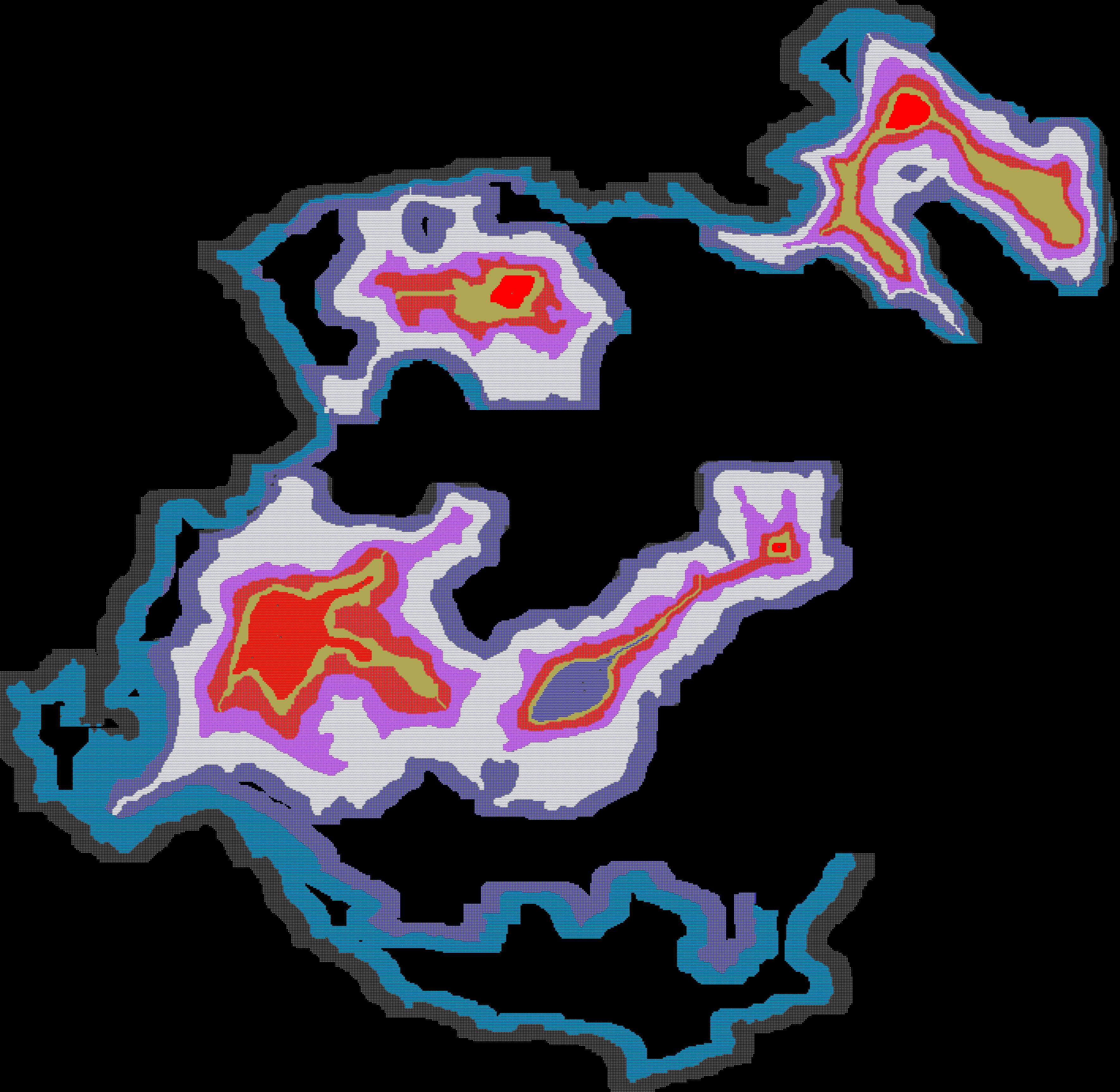 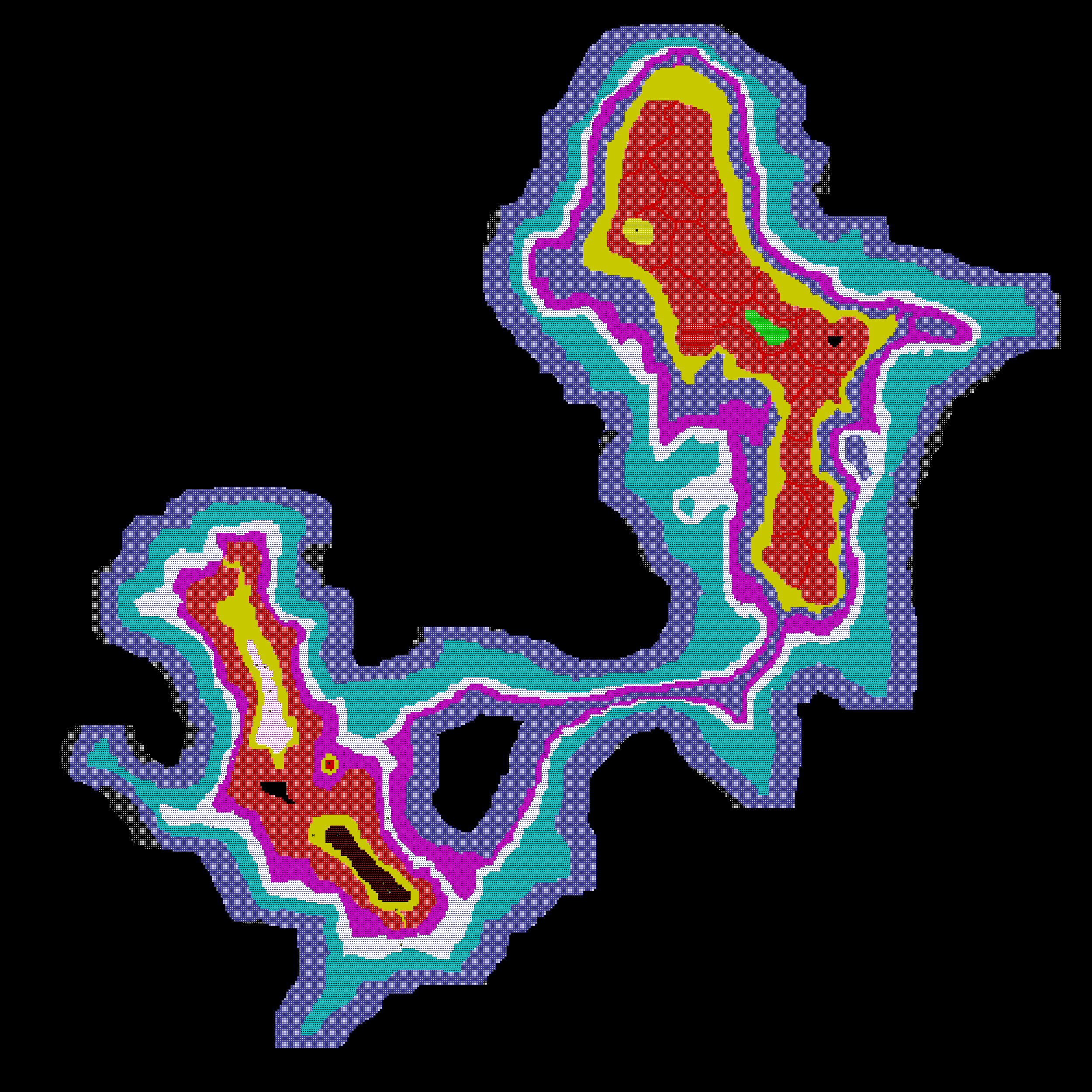 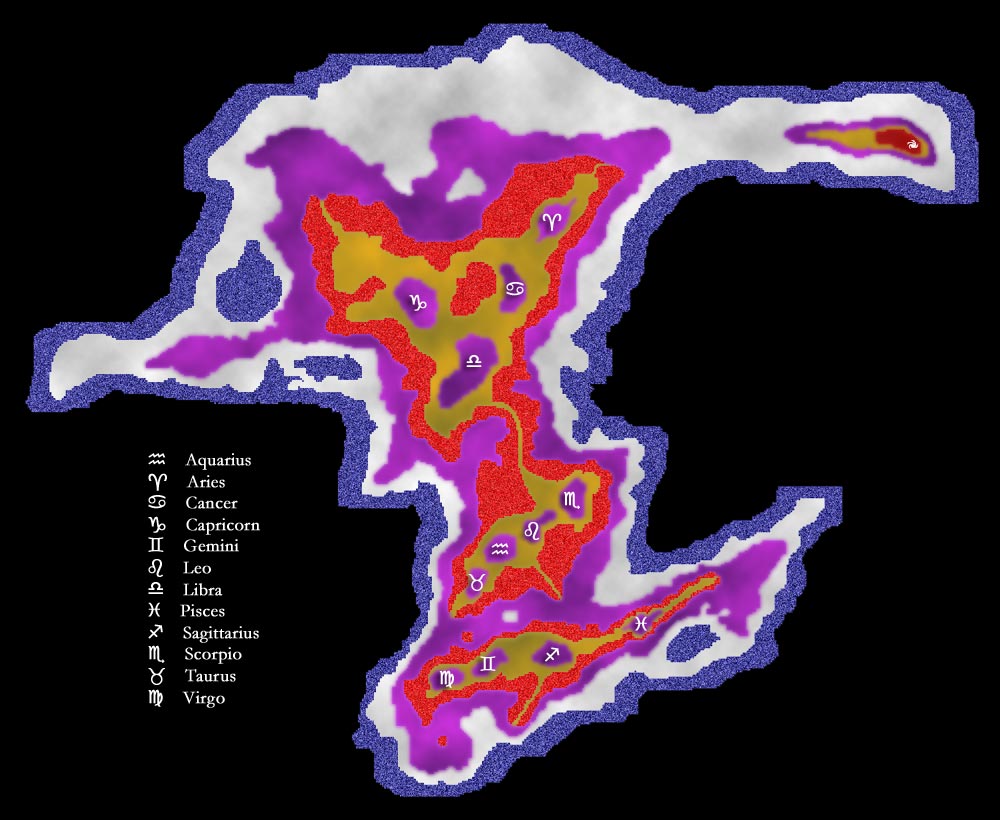 Aetherspace is that which separates the multitudinous planes of existence. The aetherways is that part of aetherspace that can be traveled by aether beings, including the extradiminsional algontherine (also known as aetherships). Occasionally, bubbles of reality form within aetherspace itself, each containing separate realities unto themselves. The most well-known aether bubble within aetherspace is the Facility, homeworld to the gnomes, whose expertise in planar travel remains unparalleled. They harvest and sell algontherine eggs, out of which grow the minds of aetherships, as well as constructing modules for aetherships and the extremely valuable diamonut artifacts.

The vastness of aetherspace should not be underestimated.

Anything with a cross in it (that looks pink or black on the small version) is a solid wall.

Creatures of aetherspace are drawn to the wake of aetherships as they travel, and can also be attracted by siphoning power from an aetherspace vortex. Like the animals found throughout the rest of Lusternia, they have a certain amount of health that can be decreased towards death by blasts from an algontherine turret. When these creatures die, they explode into dust that can be collected if the ship is equipped with an aetherhold. All creatures are able to track the presence of nearby algontherine and are slowly drawn towards them, unless the Aethercraft skill of Resonance is active. The Aethercraft skill of Spiral also prevents any creature from being able to harm the ship while it is active.

When a beast attacks an algontherine, it generally will use one of three types of attacks:

Some of the known beasts of aetherspace include: