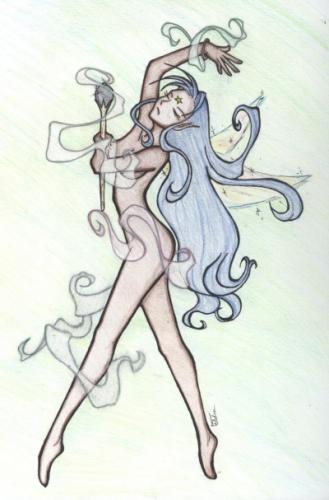 Dodging is the ability to move out of the way of incoming attacks, this includes physical attacks and some magical attacks that are aimed at you. You may not wear any armour beyond leather in order to dodge.
You will only be able to dodge those attacks which you can see coming, making this ability of limited use against psionic attacks, dreamweavers, and long-ranged attacks where your assailant is not near to you.

By stretching and limbering your muscles and joints before physical exertion, you can increase your dexterity.

Like a cat, you can balance yourself in such a manner that you stand a chance to remain on your feet from those attacks which would knock you over. On use there is a chance the balancing will stop.

You can prepare yourself to brace yourself against falling. This means you will reduce damage and lessen the chance of breaking limbs. Your falling skill increases as your level in acrobatics increases.

By stretching your muscles, you will take less damage from any cutting or blunt attacks.

This skill will allow you to run very quickly indeed.

You can climb faster than most, including out of pits.

You no longer need balance in order to stand. Rather, you can spring upright at any time.

Sprint quickly in a particular direction.

You can easily roll out of danger, quicker than a tumbler.

Your dextrous practices grant you a 1/5 bonus to health.

From a handstand position, you can spring over walls and other obstructions with the greatest of ease. You may also handspring if you are not in a handstand, but it will require a greater balance recovery.

Through dislocating joints and other tricks, you can contort yourself out of all forms of entanglement.

Flip forwards to knock your target to the ground and, if you're lucky, break his bones.

Avoid the next attack directed at you. You will not be able to perform any aggressive actions or move while preparing your avoidance.

Leap up into the air or trees and pull someone down, crashing him into the ground.

This skill allows you to backflip agilely off of another person's body, briefly stunning them and knocking them to the ground as you make your grand exit.

If there is enough room, you can jump completely over a room and land on the other side.

From an adjacent room, you can rush in and jump kick an opponent, knocking them down and stunning them.

You can kick out all your enemies from the room.

Hyperventilating allows the acrobat to control his or her breathing, thus reducing damage from asphyxiation.

A master acrobat can change directions in mid-air, controlling their velocity and movement to a superior degree. This difficult task may be aided by the ability to fly, in which case the power cost is lessened.

By performing a comprehensive stretch, you can simultaneously bring up the following acrobatic defences: limber, balancing, falling, elasticity, adroitness, hyperventilate.

For a short period of time, you will be so fast and hyperactive that you will be able to predict and avoid many effects that might happen when you enter or leave a location.
You can fully bypass waylay, motion alarms, illusions, runes, ancestral spirits, hexes, and reality shift.
You will occasionally be able to bypass blocking and traps.