Read about the organizational skills at the very bottom.

Debating may only be done on other players. It is a non-violent means of confrontation where the two sides set their influencing skills against one another. In order to debate, you choose a type of debate style, PETTIFOGGERY, PONTIFICATION, or PASSION. Everyone always has some sort of mindset to counter debates and may change it at any time among the choices of CAUTIOUS, ANALYTICAL, or PEDANTIC. Each mindset is immune from one debate style, weak against another debate style, and neutral to another. Debates drain ego and the first person to force his or her opponent to 0 ego wins the debate.

The loser of a debate will be unable to use his or her influence skills for approximately 10 minutes. Once you engage in a debate, you may only debate that one person and no one can come to your assistance.

Beggars can't be choosers, so if you're hard up for a few gold sovereigns, maybe someone could help you out. All you have to do is ask!

There's no getting around it. If you want to end your status as an enemy, you'll have to pay through the nose. Find the organization's leader and parley an end to the enemy status. You may get a reprieve for a period of time or, if you pay a lot (and we mean a lot), you can have your enemy status removed permanently. The greater your power of influence, the less you will need to pay in tribute. Note that the more often a village leader is asked for reprieve, the more annoyed (and the more expensive) he gets. The analyze skill in Influence can give you a general idea of his mood.

Never underestimate the power of childhood taunts. Tease your target cruelly and weaken his or her ego.

With just a few well-thought compliments, inflate your target's sense of self.

With just a brief glance, you can determine a sentient being's personality type, how resistant he or she will be to an ego battle, and if he or she is fixated on a certain subject. For village leaders, you can also see how annoyed he is from requests for reprieve, which will be useful to know for higher level Influence skills.

It is also possible to briefly analyze all the mobs in a room, discerning their personality type and what type of influencing attack they've succumbed to, if any.

The first order in the business of seduction is softening up your target with some flattering comments.

Poor you! You have no gold but your target is as rich as Trader Bob. Perhaps if you just ask really hard, he or she may give you something.

Spark the seeds of distrust in your target by revealing scandals that surround him or her.

You can now command squads of any size. (Squads is a skill in the Combat skillset.)

There's nothing more degrading than being mocked and you know how to push the emotional buttons of others to puncture fragile egos.

The poor thing is looking a little down. Pump him or her up with a few choice comments.

The power of your smile can no longer be denied, such is its charisma. Now when you smile, you simply shrug off any afflictions that cause disloyalty.

Charm the pants off a target with your suave and debonair self.

With a simple diversion, you can snap your target's attention away from being fixated on a certain subject. This will stop a current ego battle in its tracks and allow a different type to begin.

Want to travel with impunity in the enemy's territory without having to parley with gold? Seek out the leader and convince him or her to grant you amnesty.

Your superego has come to the forefront and from now on your ego will be more resilient during any ego battles you may engage in.

In order to separate a target from his or her hard earned gold, sometimes it simply takes someone like you to talk fast and furious.

There are many conspiracies at work in the land, and some just may be out to get your target. Who knows? Maybe it's true.

You can get the village leader to reveal how much amnesty he will give you in exchange for some sum of gold if you use Influence's parley skill.

You can also attempt to ask for another person, but he or she must be in the same room as you.

You can deflate a target's ego with spiteful comments that are just downright mean (though maybe true).

Sing the praises of a target in order to inflate their ego.

How can your target resist your charms? Surely, it is impossible with your powers to beguile.

Your powers of diplomacy are great indeed. So great that you can parley or seek amnesty from leaders on behalf of others.

By draining your mana to maintain an aura of such compelling charisma, you can emit an aura whereby you find yourself far more influential than normal.

Each city and commune grants up to three village influence skills which can only be used on villagers when the village is in play. Access to these skills depends not on lessons in Influence but on city or commune rank. 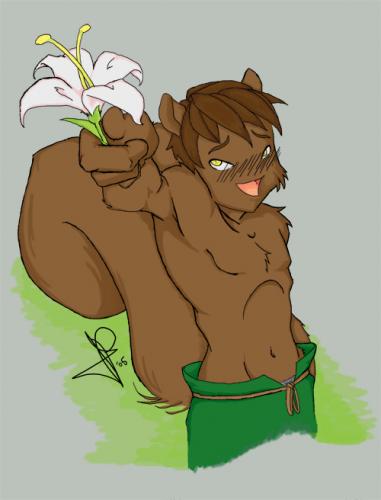 A Flower For You (by Munen)
Retrieved from "https://wiki.lusternia.com/mediawiki/index.php?title=Influence&oldid=6738"
Category: